Today’s emerging technology demands constant change and scrutiny to make sure that businesses and industries remain secure and compliant when it comes to cybersecurity. According to an article in ZDNet, 91 % of the companies reported an increase in cyber attacks with employees working from home. One form of cyberattack, known as ransomware, has become an increasing issue that is costing many companies time, money, and possibly their integrity. Ransomware is defined as malicious software, or malware, designed to deny access to a computer system or data until a ransom is paid.

Because ransomware locks computers and blocks a business’s access to valuable files, victims may rush to pay a ransom to save their business operations. However, according to a memo published by the U.S. Department of Treasury, this may not be a good idea. The memo mentions that there is a growing threat of ransomware and it states that some of the countries and international criminal groups have been sanctioned by the U.S. government as they are running ransomware syndicates. It further warns that by a business funding these groups and trying to pay off ransoms to retrieve their stolen data that they can be going against multiple treaties that restrict trade to criminal groups and governments that have been sanctioned by the United States of America. The Treasury mentions that companies that notify law enforcement of ransomware attacks may decrease their risk in the event they end up paying a sanctioned entity. This information is not meant to scare businesses, but it’s meant to educate them.

Businesses can protect and possibly prevent a ransomware occurrence from taking place and compromising their data. Paying a ransom does not always guarantee that an entity will retrieve its data in the event it is stolen. The culprit may not release the business’s data as promised. According to an article in CRN, John Hammond, a security researcher at Baltimore-based
Huntress Labs said the memo from the U.S. Department of Treasury may be a net positive if it encourages companies to be more careful when setting up their networks. He mentions the importance of backing up data as a defense against a ransomware attack that can otherwise cripple businesses and leave them inoperable.

Many times companies think that a ransomware attack will not happen to them and that they do not need to practice preventative measures to soften the impact of an attack. The numbers say something different. According to the FBI, between 2018 and 2019, there was a 37% increase in reported ransomware cases and a 147% annual increase in business losses due to ransomware. Although backing up data and securing networks may not completely prevent a ransomware attack from happening they can provide a layer of protection and defense that can still allow a business to operate with a more minimal cost than if there were no protective measures put in place at all.

Another way that businesses can protect themselves in the wake of a ransomware attack is by making sure that they are covered by a cyber insurance policy. Most cyber insurance policies cover what is known as first-party and third-party coverages. First-party coverages protect businesses from expenses that have been directly incurred as a result of cyber extortion, for example. Third-party coverages usually refer to damages or settlements that result from covered claims as well as the cost of a business’s defense.

When a business decides to integrate a protection plan that includes preventative measures such as the backing up of data, securing networks, and adding cyber insurance, they minimize the risk of having their business operations completely disabled by a ransomware attack. They are also less likely to be placed in a difficult situation in which they have to compromise with criminals trying to collect on a ransom in exchange for their valuable data.

Talk To An Expert 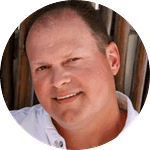 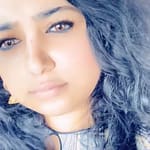 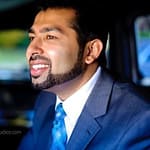